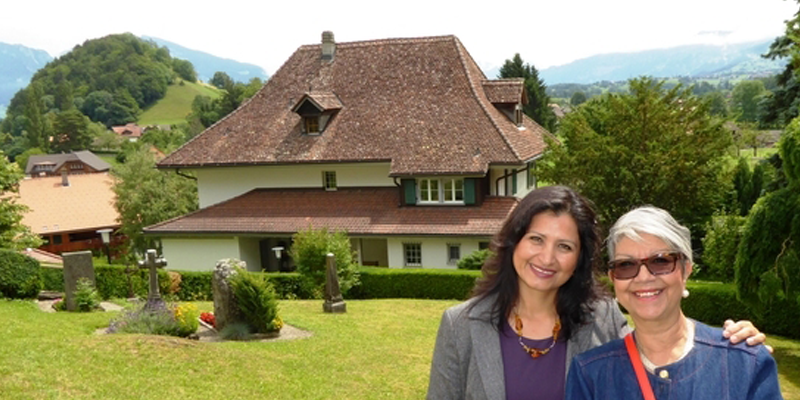 channelled through the Asociación de Mexicanos y Amigos de México in Vaud and Neuchatel, Switzerland, and was directed at assisting those affected by the earthquake in Chiapas.

Preparations for “Viva Mexico” and the earthquakes delayed our General Assembly, which finally took place on November 20, attended via internet by members in five countries. Members were elected to serve as part of the Executive Committee while we hope, during a period of transition, to select and elect no later than July 2018, the one who would serve as President.
So, we have Nuria Font de Berlioz, as Secretary General; María Francisca Ize-Charrin as Treasurer; Jacqueline Meier as Auditor; plus Jorge Paniagua Solís, as responsible for Communications, Ivonne Meier as a liason with the German Swiss region and charged with the Volunteers program; Kyra Núñez as a liason with Na Bolom AC in Mexico and to monitor the reforestation project in Naha.

Our Secretary General informed us that Na Bolom.ch is 157 members strong (remember we wanted to be 150 by July?) in twelve countries: Switzerland, France, Mexico, United States, Canada, Sweden, Spain, Australia, Belgium, India, Nepal and Ecuador. What has attracted all of them is our desire to preserve our ecology. The General Assembly decided that former President, Ivonne Meyer-Escobar would become Honorary Member.

On the eve of 2018, we express our gratitude to all members and friends who support us in our endeavour to make this world more respectful of our environment, following the path shown by Trudi Duby who during more than five decades fought to protect the Lacandon rainforest and forests in the world.

Don’t hesitate to contact us. Don’t hesitate to show interest in becoming President. Don’t hesitate to offer us ideas and, help us to implement them. Your ideas, proposals and suggestions are very important for the success of our association Na Bolom.ch so, please, feel free to contribute as much as you want, we will be happy to oblige accordingly. In other words, don’t hesitate to add your little grain of sand to become a mountain to defend our planet.