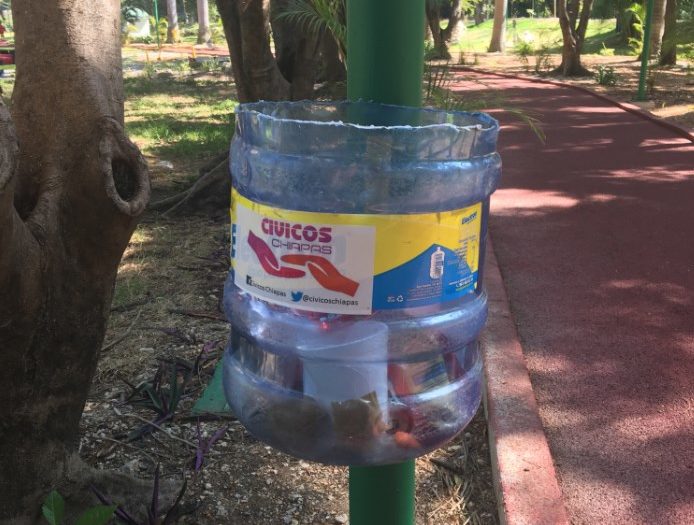 Na Bolom.ch wants to share with you some souvenirs of the passing year of 2016.

Our most gratifying event was the Solemn Homage paid to Gertrude Löestcher, our Trudi Duby, at the Gartenbauschule of Niederlenz, where she studied and got her degree as “Zierpflanzergartner” or Horticulturist.
Through this event on July 9th we achieved one of our founding aims. It had a very interesting program which included the visit of Na Bolom.ch members to the school, the planting of a Lime tree with its plaque to commemorate the ecological life of late Trudi Duby Blom, as well as a tour among castles and museums in Lenz and surrounding cities in the Alps, We warmly thank Ms. Birgitta Vögel, Headmaster of the School, teachers, students and the Major of Lenz, Mr. Jurg Link, for welcoming us with such warmth. As one student said after the presentation of the book “Rostros y rastros de una leyenda: Gertrude Duby Blom”: “we, for sure, will not forget the absolutely fantastic life Trudi had, indeed it will stimulate us for a good cause.” The tree was a special gift by Na Bolom.ch to the school and was planted by the students and teachers in a lively ambiance.
And, it was there, at Trudi’s garden school in Niederlenz where we celebrated our third anniversary! So much has come to pass since 2013 when Na Bolom.ch was founded in Switzerland! So far we sort of made a tour with the first anniversary held at Wimmis, the place so dear to Trudi; the second between Mexico and Switzerland; and, this one, at the garden school. We feel very proud of the achievements.
We encourage you to visit our web page and Facebook for more complete information of these events.

President Meier is coming back.
Starting January, our President Ivonne Meier will reassume her post after a one year absence for a very good cause: she got her degree as Master in the Training of Teachers in the Spanish Language! Congratulations and Bravo!
We are sure she is coming back with fresh ideas to make Na Bolom.ch your favorite cultural organization. Welcome back dear Ivonne.

Thanks goes to SG Font de Berlioz
We use this opportunity to give a grand applause to our Secretary General Nuria Font de Berlioz for her hard work in sustaining our activities and the Na Bolom spirit! Bravo!

Now Na Bolom.ch is open for the following:
Where and how do we celebrate our fourth anniversary?
Get going for a roll of 150 members –right now we are — but we want more!
Next year, 2017, one big event! You will like it! No doubt of this, wait for the news and find a way to contribute to have a very successful event.

Our past year in highlights:
Although there was an unexpected snowfall in Bern, on January 15th we held the presentation of the book “Gertrude Duby Blom, a Resistance Fighter” published by Swiss editorial of the Museum of Penthes. It was well attended by many members, amongst them Mexican Cultural Attaché Carlos de Alva as well as relatives and friends of Trudi.
In Mexico City, a very original event took place on February 3rd organized by the Embassy of Switzerland to celebrate the achievement of “15 Swiss people who left their imprint in Mexico”. Ambassador Louis-José Touron, distinguished Gertrude Elizabeth Lortscher or Trudi Duby-Blom, for her outstanding defense of the Lacandon rainforest in Chiapas and her struggle for peace in Europe during the II World War. The homage to those men and women included an exposition shown at the Swiss College in Mexico City, cured by Honorary Consul Ursula Stump. The Acting President was there to witness the ceremony and welcomed the recognition by her country of origin to the Lady of the Jungle.
It was followed on February 26th by the film exhibition of “Xunan” a biographical film on Trudi focused precisely on her life among Lacandon Indians.
The Swiss Ambassador in Mexico Louis-José Touron visited Na Bolom, the house and museum of Trudi and her husband Frans Blom, on June 13th. Na Bolom.ch had proposed this visit to the new leadership of Na Bolom A.C. and it went very nicely with a warm welcome by President of Na Bolom A.C., Patricia Armendariz Guerra and members of the Patronato Na Bolom. The Director of the Museum, Patricia Lopez Sánchez guided Amb. Touron throughout the various museographic rooms, a visit and information he truly enjoyed. Na Bolo A.C. also offered Amb. Touron and his companion –Acting President of Na Bolom.ch, Director General of Coneculta-Chiapas, the Chiapas representative of the Swiss organization “Pain pour le Prochain” and “doña Beti” loyal friend and personal assistant to Trudi – with a delicious lunch from the famous Na Bolom kitchen.
Since July 9th Na Bolom.ch has been busy promoting the book “Rostros y rastros de una leyenda: Gertrude Duby Blom” by Kyra Nunez and published by Coneculta-Chiapas and Editorial Atrament in Mexico. After the first launch in Niederlenz, others followed at the Bookshop Albatros in Geneva, co-organized with AMEGI, on October 5th and at the Office of the United Nations in Geneva, sponsored by the Library of the UNOG on November 28th. Our association kindly promotes this book as it did with the previous one “Gertrude Duby Blom, Resistence Fighter” because with these writings we spread the word about Trudi’s life and deeds plus we get a 25 percent donation by the author.
Na Bolom.ch is also reaching out by assisting interested people on Trudi’s life. So far this 2016 we directed two photographers to Na Bolom, A.C. who want to develop some ideas about Trudi’s photographic and ecologist works.

Our wishes for 2017:
Conferences, cine-clubs, photo exhibits, expositions of various kinds such as textiles and other handicrafts, promotion of a visit/voluntary program for Chiapas and, we are dreaming about organizing a trip to the Lacandon jungle!
We want to reach 150 members by July 7th.
Most importantly we want to find volunteers for our activities. Especially we are in urgent need of a Communication Strategist, a Fund-raiser, plus, a Translator into German to reach the Swiss-German people and enrich our social network including the web-page.